In this session, multi-award-winning Danish composer Halfdan E will guide the audience through the process of making just the right score for the international success ‘Borgen’  – from the first brief to the final and well-known result.

Halfdan E first burst onto the international market with his music for all three seasons of ‘Borgen’. The show is still screened all over the world, and US Newsweek hailed it as The Best Political Show Ever.

His work is featured in more than 45 features, 10 television series, and many documentaries and short films.

Halfdan started his career in music as a bass player in many different Danish bands before joining the group Laid Back. The band’s international hits included Sunshine Reggae, Bakerman and White Horse.

Session: Developing Music for Series – an insight into the work of creating and composing the score for Danish TV-blockbuster, ‘Borgen’. 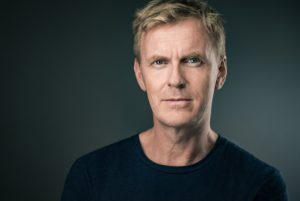 Presented by Promus & The Music Publishers Association of Denmark – in cooperation with this.