Kirstine Dollerup is a Danish Producer with 15 years of experience in the animation industry. Kirstine has worked on a wide range of TV commercials, short film and TV-series, and is currently Executive Producer and Head of Production at M2 Film in Aarhus and M2 Animation in Bangkok

Christian Damm is a Concept Artist, Art Director and Creative Manager with years of experience in games, animation and toy development. Christian is currently heading up the Art Team in LEGO’s newly formed Incubator and Home-grown IP development initiative, and he has worked with the conception of branded titles such as: LEGO Ninjago, LEGO Legends of Chima, LEGO NEX Knights and LEGO Friends – Girls on a Mission.

Together they headed the total visual and storytelling re-boot of the LEGO Friends animated TV-series back in 2017 with an aim to create globally appealing branded storytelling for kids. With the LEGO Friends TV-series currently going into its fourth season, Christian and Kirstine still thrive to push the boundaries just a little bit every day, in a reality, were kids content are everywhere and influencers and superheroes tends to dominate the screens. Staying relevant, in the World of branded content for kids, is a constant process, and Kirstine and Christian believes, that every day is some were in the middle of that process. They will share their wins, mistakes, learnings and ambitions with great confidence and humor.

Session: How to Stay Relevant for Kids in the World of Branded Content 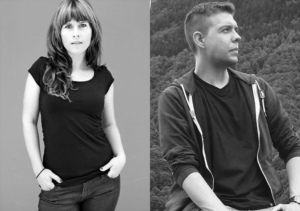