In Grow, the newly graduated stockbroker, Adam decides to form the largest drug cartel in Denmark after experiencing the power and the quick recognition from the drug community.

But the police, Justice Department, gangs, and in the end, his own brother, are in his way. The brother, Jakob, is a police officer and is recruitted into the Anti-Narcotics Force where he gets the opportunity to make a difference. But Jakob is in constant battle against his own past.

The series is created by the Avaz brothers, Misam, Mehdi, and Milad. The series is set to be published in early 2020 on Danish TV 2 PLAY and TV 2 ZULU.

The ambition for the Avaz brothers is to bring the approach of film making into the world of series.

The Avaz brothers are known for titles as ‘Mens vi lever’ and the new movie ‘Kollision’.

Read more: About the Avaz brothers 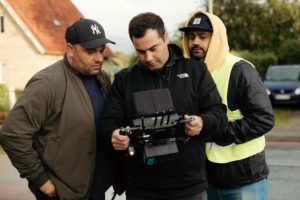