He supposedly grew up in a haunted house and was told to sleep early because there were aswang-monsters outside their bedroom window. Who would’ve known that these stories would later inspire him to write the comic book TRESE.

His name is pronounced “budget” (but please don’t ask him any questions about finance). He still sleeps under the blanket in fear of an aswang-monster flying around.

Budjette Tan is the writer and co-creator of the three time winner of Best Graphic Literature of the Year in the Philippine National Book Awards. This supernatural-detective series currently has seven volumes in print and is part of the Philippine Department of Education’s  required reading list. TRESE is currently being adapted into an anime series by Netflix.

Read More: ‘This Netflix Anime Series could be a Game Changer for Philippine Mythology’

‘In Budjette Tan’s world, the supernatural is natural’ 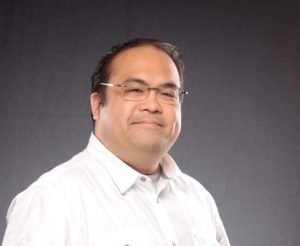