Jack Whiteley is an award-winning music video and commercials director based in the UK. His work is largely about creating moods, emotions and fantastical scenarios, each video acting like a dream capsule, inviting the viewer into a vivid new world, time and space.

At THIS 2022, using examples of his own work, Jack will look at the music video format as a storytelling device and how this has evolved over the years. Lastly, for his final trick, he will channel his inner soothsayer to predict where the format might be heading next. 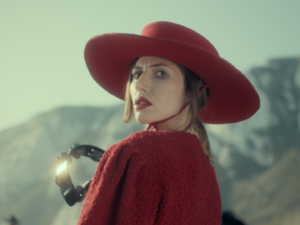 The Rise of Music videos – Moods, emotions and fantastical scenarios