Series creator Linn-Jeanethe Kyed has developed a special relationship with the Norwegian “råne” environment.
A stay in Telemark during her childhood laid a good foundation and after script contributions to films such as ‘Børning I and II’ and ‘Born2Drive’, the road to the new series was short. Both Kyed and director Daniel Fahre, who also directed ‘Born2Drive’, have conducted extensive research in the current environment. Together with producers Marius Kittilsen and Janne Hjeltnes, they are behind Rådebank, the new drama initiative for NRK P3, which was filmed in the autumn 2019 and had its premiere in the spring of 2020.

Rådebank is a Norwegian romantic drama TV-series for young adults in eight episodes, produced by Fenomen Film for NRK P3. The series is written by  Linn-Jeanethe Kyed, who is also behind ‘Heimebane’, ‘Børning’, and the Oscar-nominated ‘Tube Atlantic’ among others. The series is directed by Daniel Fahre and is one of the most-streamed drama series in Norway.

“Rånere” is a well-known phenomenon in Telemark, Norway. Cars, young men, driving just as a pastime and for prestige. For some, it is something they cultivate in adolescence, for others something that becomes a way of life. The series centres on young car mechanic Glenn-Tore, a car-loving guy know as GT. He has charisma, self-confidence, and is the popular hunk of the small town. Until the day he is dumped by his girlfriend.

The series is a really strong bid for a TV-series for young men with an important message: talking about emotions is not embarrassing, forbidden, or even impossible. At the same time, it is also a series with a lot of speed, cars, and excitement.

The session will be hybrid – a mix between virtual and physical presence. 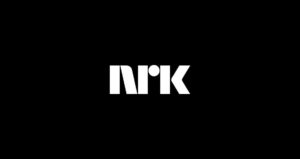 The Plot Against America with Creator David Simon

Streaming Wars: What Does it Mean for the Industry?