In NRK P3’s new teen drama series we meet three young adults during their first life crisis. In different ways they are all trying to take back control, when nude pictures are spread online.

Nudes is a suspense-driven teen drama told from the point of view of three teenager from different areas in Norway.

The series has a total of nine episodes and tells three different stories.

The series is already sold internationally eg. to BBC even before it premieres on NRK on September 22nd 2019.

In this session, you will meet the producer Nina Barbosa Blad and Tord Kinge who plays the role of Viktor in Nudes. 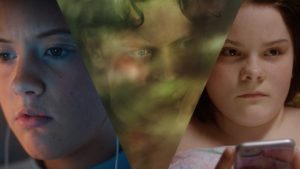 Session: Preview and Talk: Nudes – What Can We Learn from the Norwegian Success?