Norsemen takes place in 790s Norway, with various characters taking the leading role as the series develops. The story covers the life of Vikings in the town of Norheim and them dealing with day-to-day life and conflict of varying comedic degrees. As the series progresses, disputes with neighboring villages, including a rival tribe with a chief wanting to modernize Norheim’s culture, result in conflicts that the main characters must deal with.

Norsemen originally premiered in Norway under the name Vikingane (Vikings) on NRK1 and was later adapted to a Netflix series.

Watch clips and meet the creators behind the hilarious comedy show, Jon Iver Helgaker and Jonas Torgersen talking about themes as how it is to produce Nordic comedy going from a Norwegian comedy to an internationally acclaimed Netflix series, how do you translate humour and characters – from Norwegian to English. And reveal what they are up to next.

Read More:
‘Norsemen’ On Netflix: Everything You Need To Know About This Uproarious International Comedy 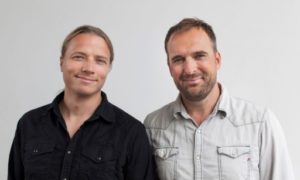