Søren Lundgaard is an industry veteran, with more than 20 years of diverse experience, developing games for the global market on multiple platforms.

Søren Lundgaard started out as a lead programmer and later transitioned to game director at Deadline Games, making action games for both PC and game consoles.

After a few years educating, he returned to the games industry, and in 2016, he became part of the founding group of Ghost Ship Games where he took on the position as CEO.

At THIS 2022, Søren Lundgaard will give a talk about building a thriving community across multiple platforms, and how this community has been critical in the continuous success of the game, Deep Rock Galactic. 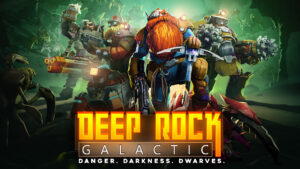 The Adolescence of Immersive Industry

How to Navigate the Game Industry – A Growth Story